The painting studio is coming along.

It was difficult to get my team started but once they came in I was glad I waited for them. I have done several projects like this over the years and these men are the best craftsmen I have ever worked with.

This is what we started with.

Once the ceiling was ripped out it became apparent that it was not going to be as easy as I thought. The superstructure holding up the roof was slightly over built. 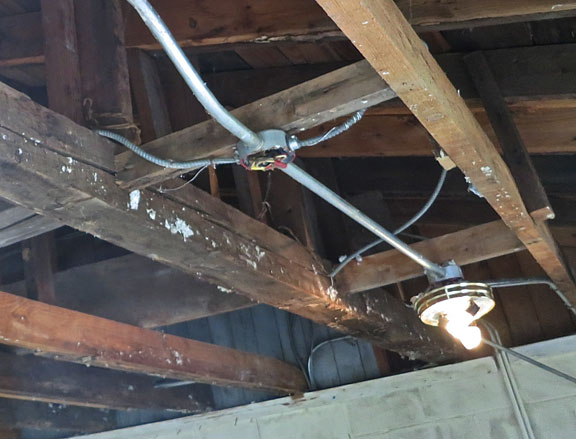 The old wiring was removed and then the supporting lumber was taken out,  Now we had to make sure the roof stayed in place. Two of the 16 foot oak beams were placed up against the roof and secured. That created a pitch to 12 feet, which gives me the visual and physical space I need for a comfortable studio.

As smooth as clockwork they began putting up the studs and I could see my space becoming a reality. 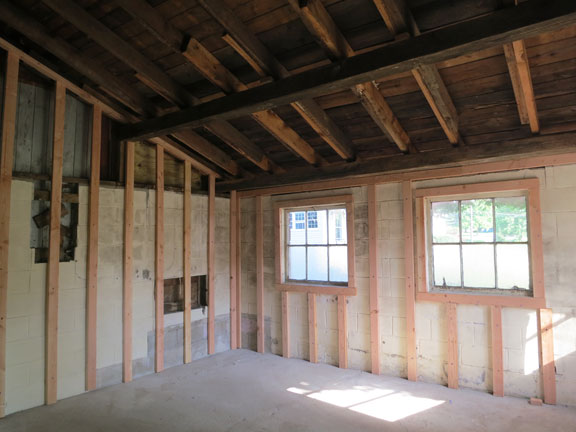 I was going to put a skylight in the roof but decided against that since it would change the historical look of the building. Instead we are going to install 2 color-controlled fluorescent banks of light where the skylight would have been. That light should be close to daylight.

On Monday [weather permitting] we will redo the shingles on the roof and then we can get to the insulation. Once that is done we close the walls.

I’ll get to that in the next blog.

My Studio is always open for collectors, friends and the curious. Contact Info